Home Health and Fitness Emphysema What is emphysema and what are its complications?

What is emphysema and what are its complications?

Emphysema is an oppressive respiratory disorder which results from the disintegration of the alveoli, i.e., the tissues where the interchange of gas with blood takes place. Destruction in any large scale will reduce the gas transfer area and the process of gas transfer itself, leading to oxygen starvation or hypoxia. When conventional treatment with bronchodilators, corticosteroids etc. have ceased to give relief, one has to resort to a method known as Long Term Oxygen Therapy or LTOT.

If LTOT is to be effective, then one has to inhale at least 15 hours of oxygen-enriched air containing at least 25-28% oxygen which corresponds to a flow rate of 2-3 liters/min if a nasal prong is used. The idea is to maintain an oxygen level of 88 to 94% saturation (liter value). Higher saturation has adverse effects and should be tried only under close medical supervision.

Complications
Chronic hypoxia sets in a chain of reactions. The body tries to compensate the hypoxia by increasing cardiac output and increasing the concentration of red corpuscles by producing more of them in the bone marrow. Both are effective to an extent but the oxygen demand, as the disease progresses, cannot be fully met. This leads to the development of a condition called cor pulmonale’. This gradually leads to pulmonary hypertension, increasing the load on the right side of the heart. The right cardiac chambers dilate to accommodate and gradually leads to hypertrophy. The end of these chain reactions is right-sided heart failure and death.

Another complication is the alveoli becoming weaker, and then starting to break. When this assumes larger scale, vacant spaces are formed called bullae. This reduces the gas transfer area as well as the capacity of the lung to expand. These are often have to be surgically removed to allow more space for the lung to expand. In the ultimate case, lung transplant becomes the only choice. Another scenario is a large-scale disintegration of alveoli that can cause pneumothorax, which is a condition in which the chest cavity is filled with air and the lungs collapse. This is a very serious condition if not fatal.

The damages of emphysema symptoms like severe asthma symptoms and emphysema itself are not reversible. At best, one can expect to slow down the progress of the disease. Under this scenario, prevention is any day a better choice. The foremost step is to stop tobacco smoking both actively and passively. Similarly, one should avoid known lung irritants. Avoid weight gain by having nutritious diet and maintaining physical fitness.

Save on car rentals with Hertz coupons

3 Popular and Affordable Handbags from Belk 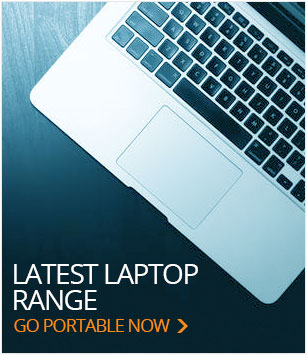